Costin Petrescu: In Search of the American Works of a Romanian Painter

Romanian cultural life paced out of a scarring WWI with vigor and determination. The unification of all Romanian provinces in 1918 unleashed tremendous societal energies and led to an increased international interest in the newly created state. Literature, art, social life thrived in the interwar years, which ushered an unparalleled internationalization and revamping of Romanian culture. In 1919, Romanian painter and academic Costin Petrescu (1872-1954) was sent on an officia
309 views0 comments
RCI USA

140 years ago today, Romania and The United States established diplomatic relations, marking the beginning of a long, complex and fruitful association in all respects. While the Romanian-American relations are much older, going beyond diplomacy and political relations, we celebrate this day as the inaugural moment of a common journey that grew to become a crucial strategic partnership as a most solid anchor of security, stability, and development. Join us in exploring this lo
177 views0 comments
RCI USA

Leon Feraru: The Invention of Romanian Cultural Diplomacy in the U.S.

Leon Feraru, who gives the name to our popular series of conversations, may be considered the founder of Romanian professional cultural diplomacy in the United States. Born Otto Enselberg/Inselberg in Brăila (a multicultural port on the Danube, at the time with a significant Jewish population) in 1887, Feraru was a poet, activist and professor of Romanian and French Studies at Columbia University and later at Long Island University, as well as a tireless promoter of Romanian
131 views0 comments
RCI USA

For a long time, the international fairs, an invention of the industrial age, granted countries the most visible stages to showcase their identity, economic power, and cultural achievements. Until late in the 20th century, they offered the context for Romania’s biggest and most impactful programs of national promotion. Among these participations, few compared with the grandiose and memorable Romanian program at the 1939 New York World’s Fair, which opened exactly 81 years ago
271 views0 comments
RCI USA

Another medical hero in our series is the Romania-born American cell biologist George Emil Palade, who was awarded the Nobel Prize for Medicine in 1974. Palade was born in Iași, one of the oldest Romanian cities and an effervescent cultural and academic center, in 1912, as the second son of a university philosophy professor and a schoolteacher. He studied at the University of Bucharest’s Faculty of Medicine, where he showed a keen interest in the anatomy courses of Professor
568 views0 comments

Once upon a Time in Bukovina

A commemoration of the International Holocaust Remembrance Day Jewish elementary school, Suceava, 1919 We continue our exploration of the...
163 views0 comments

Special event in celebration of Romania’s Culture Day Our 2023 program kicks off with a stunning performance, created especially for...
315 views0 comments

Wrapped in Myth: People, Customs and Landmarks in Traditional Romania

Special Event Photo by Sorin Onișor The National Day of Romania, feted on December the 1 st, ushers in a season of celebrations at the...
90 views0 comments

Freedom on the Line: The Romanian Revolution of 1989

Panel discussion and documentary film screening We are proud to partner with the Victims of Communism Memorial Museum in Washington, DC,...
118 views0 comments

A special vinyl marking the 25th year since the launching of the Strategic Partnership between Romania and the United States Released on...
95 views0 comments

Gala Concert at Merkin Hall, Kaufman Music Center To mark the historical breakthrough that, more than a century ago, brought all Romanian...
309 views0 comments

“HomeLands”: Cinema in Search of Belonging

The best of the newest film productions from Romania & Europe in a series of film screenings & events taking place both virtually & in...
79 views0 comments

One writer and seven composers explore together seven powerful human affects Join us online for the last episode of the music &...
14 views0 comments

Looking for Americanness in both myths and humans In the last episode of our online series "My First American: Transatlantic Encounters...
40 views0 comments

Two Pianists for an Evening of Passion

A program of all-time piano favorites at our next Enescu Soiree of New York With a program full of diversity and color which reveal their...
86 views0 comments

One writer and seven composers explore together seven powerful human affects Join us online for a new episode of the music & literature...
21 views0 comments

The Salon of Romanian-American Artists Opens with “House of Mirrors”

Cristian Mungiu's "R.M.N." Premiers in the US at the 60th Edition of New York Film Festival

Romanian cinema on the Main Slate of the New York Film Festival The famed, ever-surprising director, whose R.M.N., a surgical examination...
140 views0 comments

An EUNIC NY event in support of Seal of Biliteracy Goethe-Institut together with the association of European cultural institutes in New...
34 views0 comments

One writer and seven composers explore together seven powerful human affects Join us online for a new episode of the music & literature...
4 views0 comments

One writer and seven composers explore together seven powerful human affects Join us online for a new episode of the music & literature...
32 views0 comments

One writer and seven composers explore together seven powerful human affects Join us online for a new episode of the music & literature...
19 views0 comments

Elena Vlădăreanu and the Americans as Family

Photo by Andreea Lăcătuș In the next episode of our online series "My First American: Transatlantic Encounters and Portraits", where...
34 views0 comments

"25" Installation & Photo Exhibition: The Strategic Partnership Up and Close

Iconic works by Romanian-British modernist maverick Paul Neagu (1938-2004) (Image: Portrait of Paul Neagu with one of his "Collector of...
85 views0 comments

In the next episode of our online series "My First American: Transatlantic Encounters and Portraits", where some of the best-known...
74 views0 comments

The hard-won lessons of an exceptional lifetime in the arts Today's guest in the Feraru Conferences Online series is a powerhouse of...
69 views0 comments

Praised for her subtle and powerful performance as the main character of dystopian thriller "We Might as Well Be Dead", a lucid...
85 views0 comments 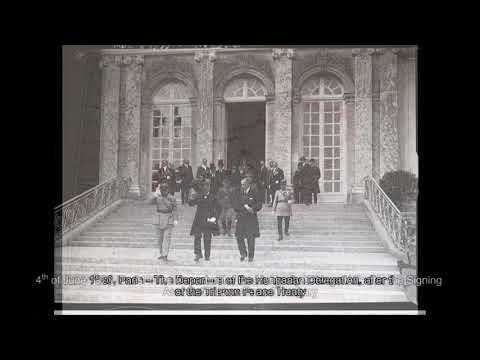 If you're in Bucharest these days don’t miss the exhibition "Paris Peace Treaties (1919-1920): Towards an Architecture of European...
28 views0 comments

Irresistibly cool jazz at the famous Blue Note brought to you by Sorin Zlat Trio feat. Ashley Pezzotti Already a permanent fixture of the...
56 views0 comments

After more than a decade of creative silence, award-winning director and writer Bogdan Apetri, one of the most astonishing debuts of the...
87 views0 comments

Our online series “My First American: Transatlantic Encounters and Portraits”, where some of the best-known contemporary Romanian writers...
50 views0 comments

A versatile painter with a cerebral outlook and expressive touch, Petru Lucaci is hailed as a powerhouse of contemporary Romanian...
112 views0 comments

Professor Costică Brădățan of Texas Tech University, one of the most original voices in contemporary philosophy, joins the exquisite...
105 views0 comments

One of the largest events of its kind in North America, The Romanian Film Festival of Washington, D.C. (RFF) kicks off at historical...
378 views0 comments

"The Bucharest Dossier": A Thrilling Story of Cold War Espionage

“one of the top debuts of 2022… an espionage thriller not to be missed” - BookReporter Author William Maz will present his smashing debut...
50 views0 comments