The History of Romania in One Object: Cuza's Oka

It is now time to present you an artifact which not only became part of the history of the Romanian people but has a well-earned place in our mythology: “Cuza’s oka”.

In 1858 the representatives of the Great Powers (France, Great Britain, Russia, Austria, Prussia, the Ottoman Empire and Sardinia) at the Convention of Paris, reunited after the failure of the 1848 Revolutions, decided the union of the Romanian provinces of Wallachia and Moldavia into a single state, thus meeting the wishes of the inhabitants of the two principalities. However, it was only a formal union: the new state – the United Principalities of Moldavia and Wallachia – remained under Ottoman sovereignty and the Principalities were to have separate rulers, governments, parliaments, and capitals.

Photo 1: The International Commission for the Organization of the Romanian Principalities (the representatives of the Great Powers)

The elections for the two princes took place in January 1859 and on this occasion the Moldavian and the Wallachian deputies presented the Great Powers with an accomplished fact, by electing Alexandru Ioan Cuza as ruler of both principalities.

Photo 2: Members of the Electoral Assembly of Wallachia, who elected Alexandru Ioan Cuza as ruler, on January 24, 1859

Photo 3: "The Proclamation of the Union" - painting by Theodor Aman

Photo 4: Prince Cuza opens the works of the Assembly of Deputies, in 1862.

Prince Alexandru Ioan Cuza managed to obtain the recognition of this double election and of the full union of the Principalities (with one government, one parliament and one capital) by the Great Powers, including the Ottoman Empire. In his short reign, of only seven years (1859-1866), Cuza undertook a series of reforms which radically changed the modern history of Romania. Such were the education, the military, the electoral and the agrarian reforms.

But the reform we are going to refer to is the one concerning the system of weight and measures. Prior to it, Romanians had not heard about the “kilogram” and the “litre”, but only of the “oka”. The oka (Turkish term) was, until the second half of the 19th century, the only unit of mass and weight for both liquids and solids used in the Romanian countries East and South of the Carpathians, Moldavia and Wallachia. It was equivalent to approximately one and a quarter litre (around 43 oz) / one and a half kilogram (around 3.5 lb).

As documents from the first part of the 19th century show, standard measuring recipients and weights were made under the supervision of the Ministries of Finance and Interior Affairs and were distributed to local urban authorities. Merchants who owned recipients and weights for measuring liquids and solids had to have them checked annually. If found accurate, this was confirmed by applying a stamp, upon paying a tax, if not, the owner was fined and obliged to rectify them. Also, inspections were carried out in markets in order to find dishonest merchants. The practice of using measuring recipients or weights smaller in volume/weight than official standards, with the purpose of gaining more and selling less, led to two widely used expressions in Romanian language: a prinde pe cineva cu ocaua mică translated as to catch someone with a small oka which means to catch someone lying or trying to deceive and a umbla cu ocaua mică translated as to use a small oka which also means to deceit.

Photo 9: Weights for the scale, bearing the conformity stamp.

In connection to the oka, oral tradition has preserved several accounts featuring Prince Alexandru Ioan Cuza. It is said about him that he used to go through markets in disguise and if he caught merchants trying to trick customers he punished them and made them use the right unit of measurement, or, as it is called in such stories, “Cuza’s oka”. This habit of the Prince gave birth to the expression a da cu ocauza lui Cuza which translated into to give something using Cuza’s oka, that is to say to give generously, using the right measure. 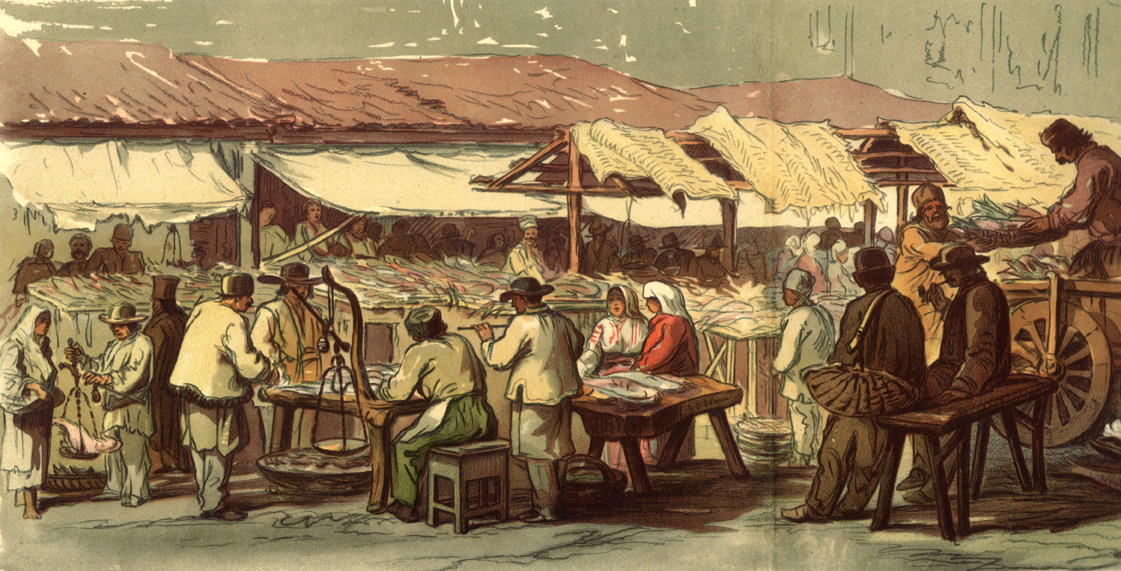 Photo 12: A market in Bucharest, watercolor by Amedeo Preziosi, 1869

THE HISTORY OF ROMANIA IN ONE OBJECT, our new online program that evokes decisive epochs in the Romanian past starting from objects with powerful symbolic and representative value, is developed in partnership with The National History Museum of Romania. Text by historians and curators ALEXANDRA MĂRĂȘOIU and NICOLETA KONIG. Video by NICOLETA KONIG.

The History of Romania in One Object / Cucuteni Painted Vessel

The History of Romania in the First 12 Objects